You are here: Home / Q&A / Fundamentals vs. Technicals in Trading 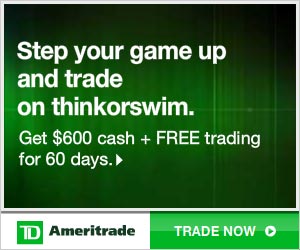 It’s an age-old question among traders & investors, and one I was recently asked by Joel…

What (if any) fundamentals do you consider in your analysis? Do you even look to see if the company is making money, or do none of the financial basics enter your analysis?

My analysis is based on the charts.  Whether or not the company is making money, that does not enter into my strategy.  Stocks rise and fall based on demand for shares and not necessarily profitability of the company itself.  In addition, the fundamentals of a company don’t frequently change, and my timeframe for many trades is days and weeks, not months.  During my timeframe, the fundamentals will rarely change to a great extent.

There are companies which have much to prove whose stocks are rising, and there are solid companies that make lots of money whose stocks are falling.  Sometimes there’s overlap there, but there’s often a disconnect between the two and many investors struggle to recognize that.

Was that meaningful news?  Absolutely.  Will competition hurt revenues, earnings, and the bottom line for GOGO?  You bet!

But look at the chart below.  Lower highs and lower lows have been the norm since the early-March recovery high, so it’s been trending lower for a number of weeks.  The news flow corresponded with the existing trend in the stock and simply accelerated the correction like gas on a fire.

In my own trading, price action is king and trumps all else.  Maybe the fundamentals are great, and maybe they are poor.  But if timing is everything in the market, and I believe it is, then I have to go with the charts which change daily and not the fundamentals which are only periodically updated.

Jeff White
Take a trial to my Stock Pick Service to get my trades.