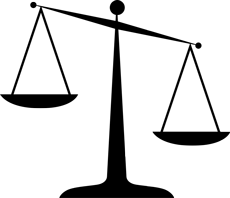 When it comes to intraday trades (or single-day trades), traders have a tendency to think differently.

Maybe it’s the more-frequent painting of bars on the chart that affects them, or they’re jumping to conclusions based on the moment by moment price quotes, or that time-and-sales window is humming along so fast that some focus gets lost.

Whatever it may be, it can lead to mistakes – particularly in terms of what’s being risked and what’s being expected on the profit side – a.k.a. the risk-to-reward ratio.

Let’s take a step back for just a moment. If I’m risking $1 to make $1, that’s an even risk:reward ratio. It’s an even-money bet. So in order to turn a profit with that approach, what absolutely must happen?

Answer: I have to be accurate.

I don’t know about you, but there are just times in my trading when I’m anything but accurate. Sure, there are times when I get hot and trade after trade goes my way. But there are also times when I zig and the market zags – that’s part of trading, too.  It’s how I deal with those times that will determine how deep my account drawdowns are. The cold hard truth is that those times are very costly for those 1:1 traders.

So, since I know I won’t nail every move, the adjustment I have to make is to my risk:reward relationship. If my accuracy is closer to 50-50 (and often it is), then I need to be making more when I’m right than I’m giving back when I’m wrong. I need to book larger profits and smaller losses.

Ok, let’s get back to day trades.  Just like on any other timeframe, we absolutely have to think in terms of risk vs. reward on day trades. The chart is simply zoomed in a bit and the window of opportunity (prior to the closing bell) is approaching faster, but aside from that nothing else has changed. We’re still putting capital at work in hopes of turning a profit in some multiple of what’s being risked.

My own approach is rooted in the fact that many stocks may only move 3-4% on a given day. By trading those stocks, there’s plenty of movement to grab some profit and I don’t have to expect an outsized move.  I’ve found that in these cases, a 1% stop from entry is usually adequate.

In doing this, I’m allowing the trade enough freedom of movement that I’m not choking it off, and by the time that stop is reached I am usually going to have enough evidence that I’m positioned poorly and price is not moving my way.

I’m also going to be able to capture a multiple of what I’m risking if that trade does go my way to the tune of 2-4%.

There are exceptions, of course.  For example, some lower-priced stocks may require a little more room (ex: $0.05 isn’t much even on a $5 stock).  And there are highly volatile names where it’s not uncommon to see 6-10% moves, in which case I’m willing to offer them a bit more breathing room.  Those might warrant a 2% stop from entry.  But in every case, I still need to aim for that relationship of aiming for a bigger move in my favor than I’m willing to give it against me.

If you’re lacking years of experience and familiarity with the more active stocks, then one way to gauge how much room to give a position is simply by eyeballing the chart.  Look at the most recent days and weeks, and see how wide the range is for a typical bar.

You can also add ATR (Average True Range) to your chart to see what size bars you might expect.  For example, a $10 stock with an ATR of 1.07 means that it sees daily ranges (high-low=range) in excess of 10%, so a 2-3% stop on that kind of stock is most likely more appropriate than 1%.

Here’s what that might look like.  Here’s a chart with both price and ATR plotted in the same pane, showing the Average True Range of the most recent 14 bars:

No risk/reward discussion would be complete without an exit.  So when it comes to closing out a position, there are two ways I do it.  The first is if I simply get stopped out, in which case I’m out all in one piece.  I’m wrong, it’s time to move on.

But the second way I close out a position is if I’m right, in which case I want to be out in a couple of pieces.  This is referred to as “scaling out” of a trade, and it looks like this.  Price makes a favorable move from entry, momentum on the intraday chart runs a little bit hot after that nice move, and I take off half.  I then adjust my stop for remaining shares, and wait.  I need to see if price can digest that move and potentially reset for continuation.  If it does, I’m still on for the ride, even though my position is now smaller.

By peeling off pieces of the trade, I can use that strength to my advantage and get smaller as the move gets longer in the tooth.  Don’t forget the closing bell, either, which is when I want to be completely out of my day trade.  But partial exits also enable me to keep participating if the move continues.

Considering these things has prompted many traders I work with to abandon their former “all in or all out” approach in favor of scaling.  Taking partial profits has several advantages, and can actually improve the risk:reward relationship of the trade by the time the position is entirely closed out.

Any other methods or thoughts on this from you?