You are here: Home / Q&A / How Many Trading Positions is Too Many?

Plans, if drawn up correctly, can give a man direction.
Poorly-formed plans, however, can lead to ruin. 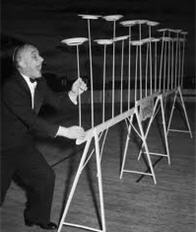 Recently I heard from a reader who had been doing some calculating.  That potentially dangerous activity had led him to set up a plan for earning his income through trading.  No problem there, but he wanted to invest a couple hundred thousand dollars into as many as 80 active positions with a holding time of 2-5 days each.  He was having trouble getting up to that many positions.

How many positions is too many?

To start with, it would become a full-time job continually managing 80 positions.  But aside from the time commitment, let’s examine the logic here and determine if there’s any merit to this approach.  Here’s a very short list of the first items that come to mind which I see as problematic:

Attempting to run that many positions is essentially a small fund.  Although $200,000 is no small sum, it would certainly be so in the fund world.  Anytime your portfolio starts to resemble the broad market, just go with SPY or something reflective of whatever it is you’re holding (ex: QQQ for heavy tech exposure).  There’s no benefit to trying to spin all those plates of staying on top of earnings announcements and darting in and out when all you’re doing is trying to run a miniature fund.  Abort that plan and simplify with an ETF if you want that much diversification.

My personal style is such that I take fewer trades, but that has some big advantages.  It reduces churn on my account, which not only frees me up to seek out other plays or tend to other matters, but it also saves me a ton in transaction costs.  Additionally, limiting my activity exposes me only to the best setups, so that I focus on the prime opportunities at any given point in time.  I can maintain tight stops, but because my positions are relatively larger, I still benefit from them nicely when they make good moves.

If you’re looking to be more active in the markets, fewer trading positions will likely serve you better.  Each might entail a bit more risk, but if you’re active, then you’re keeping close tabs on them anyway and maintaining resting orders.  Managing them will be nowhere as stressful and hectic as attempting to manage several dozen at a time on an account that size.  Big funds might do that, but they’re running so much money that they essentially have to.  You and I are more nimble than they are, and we should continually embrace that advantage.  You don’t have to be hyper-active to do well trading.

One last note on number of positions.  Keep a good handle on what your risk tolerance is on a trade-by-trade basis, AND on a portfolio basis.  If at any time you have your hands too full (whether it’s an inability to manage them all or an inability to stomach the risk), it’s too many positions.

Jeff White
Take a trial to the Stock Pick Service to get my trades.
Follow @TheStockBandit on Twitter